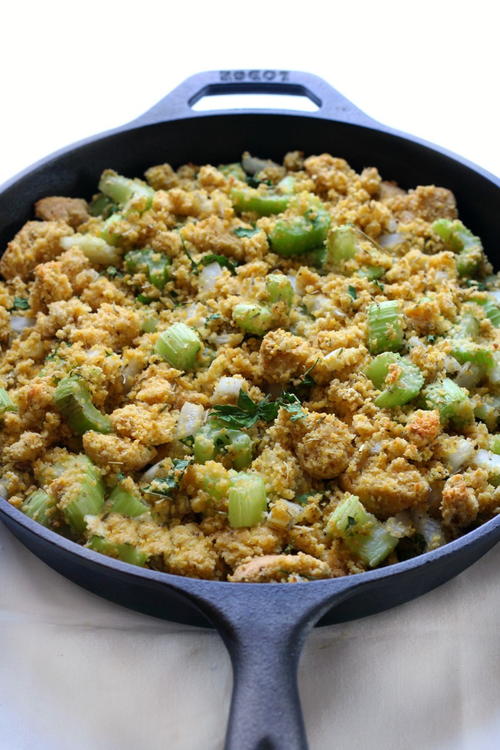 "The Southern twist on classic Thanksgiving stuffing (or dressing)! This super easy Gluten-Free Cornbread Stuffing recipe is vegan, allergy-free, and perfect for a holiday crowd! A traditional old-fashioned favorite with minimal ingredients, homemade cornbread, and grandma's touch of Southern hospitality! What's (possibly) better than Thanksgiving stuffing? SOUTHERN-style Thanksgiving stuffing! That means we're ditching the gluten-free white bread for gluten-free cornbread! Has anyone ever passed up a serving of cornbread? No (and I think that's a sin in the South). Has anyone passed on the stuffing? Yes. So what if we use cornbread as our stuffing base? I think you're getting the idea...right?"

This recipe was submitted by one of our readers, just like you.

Read NextHow To Cook A Turkey 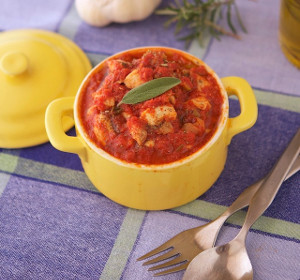 Chicken dinners often turn out boring and repetitive, especially when you use the same standard recipe over and over again. But with… See more Continue reading: "15 Minute Chicken Cacciatore" 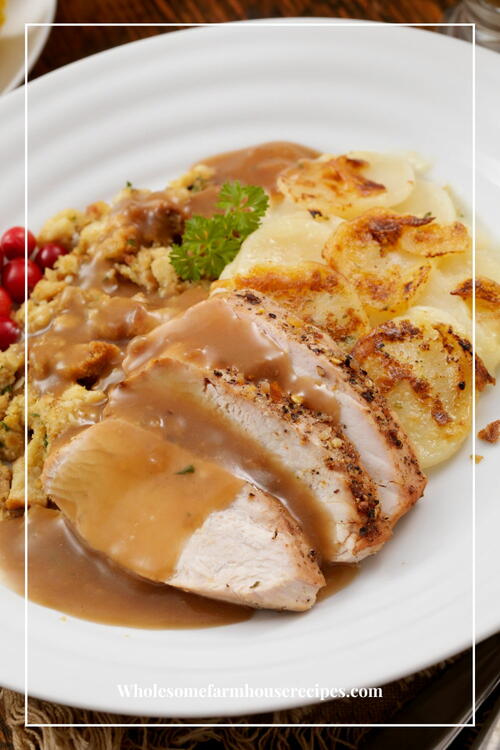